The Galilee Board is a volunteer body of people from across the Diocese of Nevada who are committed to helping Galilee thrive. Bringing together varied perspectives and talents, they offer guidance and support to the unfolding of Galilee’s mission in service of the Church and the world.  Our Board members love Galilee – ask them why! Friends of Galilee can also help shape the Board by running or voting at the Diocesan Convention. See below for Board member bios and photos.

Robyn Powers was born and raised in Reno, Nevada. She had a varied career which included human resources management, project management, quality improvement and fund development in both corporate and non-profit sectors. She retired in 2013 after working for 15 years as director of development for the University of Nevada’s School of the Arts and College of Liberal Arts. In 2015, she enjoyed serving as Interim Executive Director of the Truckee Meadows Community College Foundation. She is currently also serving on advisory boards for the John and Geraldine Lilley Museum of Art and the Honors College at the University of Nevada, Reno. She is a member of both St. John’s in the Wilderness and Trinity Cathedral. 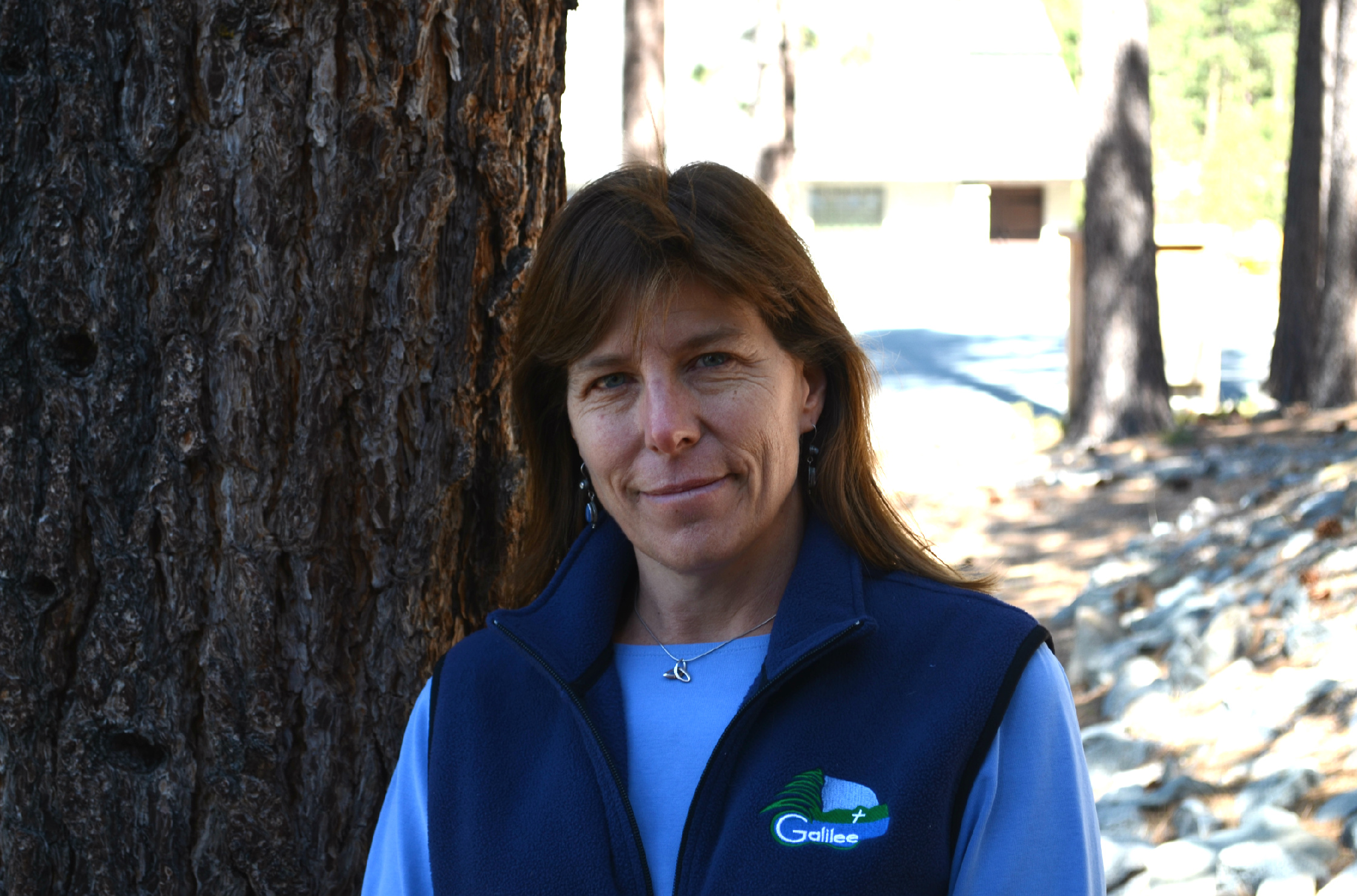 Beth Osborne has volunteered in her children’s schools and led children’s and youth programs in Episcopal churches across the country. Her family joined St. Catherine’s parish shortly after moving to Reno in 2007, and Beth was recruited to the Galilee Program Committee. She is finishing up a third term on Galilee’s board, while serving as Program Director for Big Brothers and Big Sisters of Northern Nevada. With their children now on their own, Beth and her husband Chris reside in South Reno.

Scott Luttenegger is a member of Epiphany Episcopal Church in Las Vegas, where he has served on the Vestry, and as Jr. Warden. He is a Physical Therapist working at a major hospital in Henderson, having moved his family from Seattle in 2012. His son has enjoyed several summer sessions at Camp Galilee, and Scott feels a deep appreciation to the camp for its mission in providing a spiritual awakening in a truly spectacular setting.

Dennis Cocking represents St. John’s in the Wilderness on the Board of Trustees. He and his wife, Kathy, have been members of the parish since 1985. Their three grown children attended camp and Kathy served as camp nurse. Dennis is semi-retired and lives in Gardnerville, NV after a career as the Manager of Public and Legislative Affairs for the South Tahoe Public Utility District. Dennis is currently Board Vice-President and serves on the Facilities and Personnel committees.

Agatha Ramirez was born and raised in the Dominican Republic and from there moved to Las Vegas in 2001. She is a parishioner at All Saints/Todos los Santos Episcopal Church, Las Vegas where she serves in the Vestry, the Altar Guild, the Stewardship Committee, as L.E.M., and is the Music Associate, co-directing the Spanish choirs with her husband Rodolfo.
She fell in love with Galilee during her first family camp session in 2014 and so it is a great pleasure for her to serve on the Galilee board. Currently she is studying to become a Dental Assistant, and she also serves on the Nevadans for the Common Good (NCG) coalition board, which is an institution of 48 institutions of religious and non-profits advocating for the common good of Nevadans.

Jim Koehn is a Henderson resident who is a founding member of Epiphany Episcopal Church. He has served as the parish Treasurer, Diocesan Treasurer, and a Galilee Board member for 13 years with two terms as Board President. He is a 1963 graduate of the United Staes Naval Academy, served six years in the Navy followed by a business career at five different companies..

Shane Gammon is a member of Grace in the Desert Episcopal Church in Las Vegas where he serves as an Acolyte, Eucharistic Minister, Sunday School teacher and a Youth Leader with his wife, Tee, who serves as the Children’s Christian Education Director at Grace. Shane also serves as a lay member of the Commission on Ordination and Licensing (COOL) for the Episcopal Diocese of Nevada. He is a web developer for the UNLV William S. Boyd School of Law.

Shane is passionate about hiking, backpacking, and connecting with nature. He loves the Lake Tahoe area and is very supportive of Camp Galilee’s mission and its role of introducing children to God’s creation. He and his wife were married at St. John’s in the Wilderness during Family Camp in 2018 and his family has developed a close connection with the camp. Shane is honored to serve as a Galilee Board member.

Sarah Dunn is the rector at St. Patrick’s Episcopal Church in Incline Village. Sarah already greatly enjoys all of the activities lake life has to offer, from skiing to hiking to kayaking. She has a strong background in youth ministry from formally serving parishes in Western Massachusetts, and is looking forward to putting such skills to use at Camp Galilee. Sarah also received her call to the ordained ministry at a diocesan summer camp in Alabama, so knows full well how transformative the camp experience can be. Her education includes degrees from Mount Holyoke College and Yale Divinity School.

Rose Mary Joe-Kinale I feel a deep commitment to all the projects that I am involved with. I now have more experience and am a dedicated woman to all the committee causes. I am deeply committed to follow the 5 Marks of Mission, and feel a strong bond to the present Galilee Board. As a Native American woman, a mother and a grand-mother I believe that it is women who carry a major responsibility in their individual lives of their families and church. We are responsible for maintaining a healthy lifestyle, home, and church participation. As a Priest, it is my duty to be involved and spread God’s message to all I meet and not be judgmental or prejudicial, and serve our Creator with love. I would like to continue my involvement with all the groups I am involved with.

Phil Ritger is a parishioner at St. Peter’s, Carson City and lives in Genoa.

Summer Camp registration for our Youth and Family Programs will open at 5:00 PM, March 7th! See our COVID plans for our Residential Summer Camping for Youth here.

Galilee is registering families for the Winter Family Retreats by email. Please email info@galileetahoe.org to get signed up! Many dates are available through spring of 2021!

Galilee will be offering Family Retreats through April both on weekends and mid-week. Meals may be offered. Please contact Galilee directly at info@galileetahoe.org to find out more information or call 775 749-5546. We hope you can join us for a physically distanced retreat this winter!
The date for the Galilee 100th Birthday celebration at Galilee is September 5th, 2021. Details to follow. The date for the celebration in Las Vegas is still being determined.

Donate to Galilee securely via PayPal or Venmo using the QR code below! To specify how your contributions are used, you can click “Designate my gift for a particular use” after entering your PayPal credentials. A gift of $795 supports one week of camp for an under resourced  youth. Thank you for your generosity!